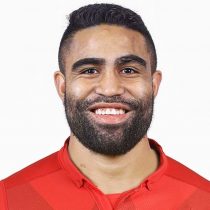 Born in Auckland, New Zealand, Tasi is of Samoan descent and moved to Queensland, Australia at a young age. He played his junior rugby league for the Goodna Eagles, before being signed by the Ipswich Jets in the Queensland Cup.

Between 2013 and 2014, Tasi played for the Ipswich Jets before he signed a 2-year contract with the Canterbury-Bankstown Bulldogs.In 2015, he began pre-season training with the Bulldogs' NRL squad but did not make an appearance for their first-grade team.


In 2016, Tasi joined the North Sydney Bears in the Intrust Super Premiership NSW. During the season, he was elevated to the South Sydney Rabbitohs' NRL squad. In round 16 of the 2016 NRL season, he made his NRL debut for the Rabbitohs against the Penrith Panthers, coming off the bench. He spent most of the season playing with North Sydney where he made 13 appearances and scored 8 tries for the season.

In May, Tasi played for the New South Wales Residents against the Queensland Residents.In November 2017, he announced that after 3 seasons he was leaving Norths and relocating back to Queensland.

Tasi spent the 2018 playing Queensland Premier Rugby for Souths and his performances for the premier grade side earned him a spot in the Brisbane City NRC squad for 2018.

Tasi was involved with the Rebels Super Rugby squad during pre-season before he was brought into the Waratahs squad for their round 17 clash with the Brumbies.

In January 2020 he signed a deal with the Sunwolves.