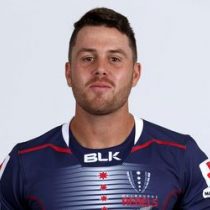 He made his provincial debut at the age of 18 for Southland against Canterbury in 2012 and started the remaining three games for the Stags that season.

He represented New Zealand U20s in 2013 and made the move across the Tasman to join the NRC’s Greater Sydney Rams.

He was the Shute Shield's Player of the Year in 2017 with West Harbour.

After a standout season with the Eagles, where he finished the NRC as the competition’s fourth leading point scorer, he signed his first Super Rugby contract with the Rebels for the 2018 Super Rugby season.