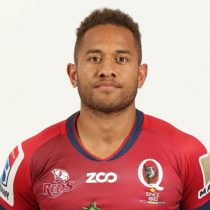 In 2017, Tela’s performances for Souths saw him recalled into Country’s squad as they secured the NRC title for the first time.

The Fijian-born flyhalf earned a further seven caps for Country and crossed for two tries, before being included in the Reds 2018 Super Rugby squad.

Tela can play in multiple positions and will provide Brad Thorn with more options in his debut Super Rugby season.

He went on to make his Super Rugby debut against the Sunwolves in the Reds’ final match of the 2018 season and signed a new deal for the 2019 Super Rugby season.