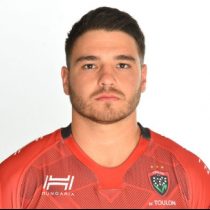 Dachary started his career at Mont-de-Marsan before signing for Biarritz in the South of France.

He was included in the France squad for the 2017 U20 6 Nations championship.

Dachary joined the Toulon ranks in 2019, making his debut against London Irish in a 37-17 victory.

He went into the 2020 Top 14 season having made 10 appearances for the French giants.