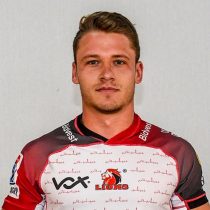 A Namibian born back, Tiaan Swanepoel is effective at both fullback and flyhalf gifted with an enormous boot.

Swanepoel came through the Western Province Academy while representing Maties and made one appearance for the senior side before leaving in 2019 to join Australian club side West Harbour.

He returned to South Africa to sign for the Lions in 2019 and immediately made an impact.

He made his Super Rugby debut for the Lions in their round 1 match against the Jaguares in February 2020, starting the match at fullback.

In February 2021, he signed a signed a new three-year contract, which will keep him with the Lions until 2024.