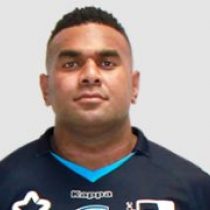 Born in 1987 in Sadi, Fiji, Nagusa is a Fijian international who operates primarily as a winger.

Having worked as a policeman while playing amateur rugby in his homeland, Nagusa was spotted by then Ulster head coach Matt Williams who brought the flying Fijian to Ravenhill.

Since then, Nagusa has relocated to France where he currently plies his trade with Montpellier. The deadly finisher made his international debut for Fiji in 2008 against Samoa in the Pacific Nations Cup.

Capped by Fiji on 26 selections and has scored 14 tries for his country. He recently signed a deal with Montpellier until 2020.