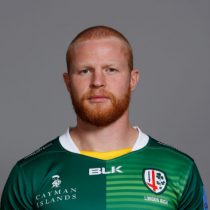 Born in Salisbury, England, Homer is a utility back comfortable operating at centre, wing or fullback. A quality runner with a metronomic boot,

Homer has earned himself a reputation as a dead-eye goal kicker. Having represented England at Under 20 level, Homer went on to make his debut for London Irish as an 18 year old in 2008

He joined Bath Rugby in February 2015 from London Irish.

A prolific points scorer from the tee, he was awarded the Aviva Premiership Golden Boot in 2011/12.

Homer was a member of England's unbeaten U18 side in 2008, and went on to feature in the U20s World Cup Semi-Final. It was during that tournament in Japan that Homer became the highest individual points scorer in U20s World Cup history.

The full-back has been equally prolific with the boot in Bath colours when called upon. In the absence of George Ford during the 2016 Autumn Internationals, Homer recorded 11 out of 12 successful kicks in three games.

He then signed a new deal with the club, having come to the fore in the 2016/17 season, starting all but one of Bath's games.

A composed, intelligent fullback, Homer is as staunch a defender as he is an attacking threat in attack, and with his kicking ability - from hand and from the tee - is a huge benefit. In July 2020 he announced he would leave Bath and return to London Irish following their promotion