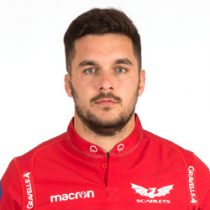 Price, who stands 6ft 8in, is a graduate of Leicester Tigers Academy and was also a member of England’s Junior World Cup Championship winning side in 2013 and will join the Scarlets in the summer of 2015.

The 22-year-old lock has been capped by England in three age groups and made his senior debut for Leicester in January 2013.

Price signed for the Scarlets in the summer of 2015. He has featured 30 times for the club since his arrival to Wales.

Price joined the Chiefs in 2019 and after two seasons at Sandy Park, he returned to West Wales to join Scarlets.