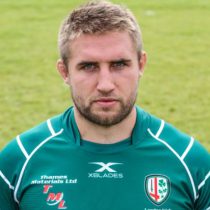 Smallbone has been involved in the London Irish Amateur Club since the age of four and joined the Exiles Elite Player Development Group at 14.

The front rower played for England at U18 level and was part of the victorious squad that won the 2013 Junior World Championships.

He signed a senior contract at London Irish and signed an extension in 2015 having only made 12 appearances for the club.

He became an established member of the squad and had the potential to represent England in the future.

In November 2018, the powerful prop unfortunately announced his retirement from rugby with immediate effect due to a shoulder injury.