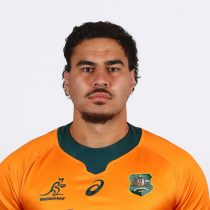 Young lock Hosea moved north to Brisbane to further his education and rugby at Brisbane Boys College on scholarship in 2017.

A Victorian Rugby product with the Harlequin progressing through the Rebels Junior Gold Cup and Victorian Schoolboys teams before his inclusion in the club’s inaugural Rebels Emerging Player Program (EPP) in 2016.

Later in 2017, the Melbourne Rebels signed Hosea for the 2018 Super Rugby season.

In May 2019, he was included in the Junior Wallabies squad for the World Rugby U20s Championship.

He was a standout player for the Junior Wallabies, starting at lock in every match, including the side's one-point loss to France in the final.