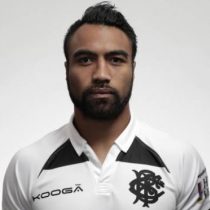 Vito is not only an impressive rugby player, but an impressive athlete. For a large man, he has significant pace and soft hands which make him a handful on attack.

In addition to this, Vito is a physical defender, who has also proven himself to be an effective option at the line out. After a successful age-grade career for his country, as well as impressing on the sevens circuit, the Wellington man received his first All Blacks call up in 2010, in a victory against Ireland in New Plymouth.

In 2011 he was an integral part of the world cup winning All Black side. Playing primarily at blindside, Vito also impressed with good showings at number eight, and his skills in fifteens included a strong work rate around the field, good abilities in the loose, and a solid showing in the air. Vito has been included in the New Zealand squad for the 2015 Rugby Championship.

In May 2016, he was one of the players dropped by the Hurricanes following a late night out and breaking the curfew.

Vito helped the Hurricanes win the 2016 Super Rugby title before signing a deal with French Top 14 side La Rochelle.

He played 33 tests for New Zealand, eight seasons for the Hurricanes and 10 for Wellington before joining La Rochelle in 2017.

In September 2017, the backrower was named the 2017 Top 14 Player of the Year (his first season in the tournament).

He played 22 games and scored four tries as the club won 17 of their 26 regular-season games to finish at the top of the table, before losing 15-18 to eventual runners-up Toulon at the semifinal stage.

In August 2018, Vito took over the captaincy role at La Rochelle before signing a new deal that would see him at the club until 2022.

As of September 2020, he has made 100 appearances for the Yellow and Black and has scored 70 points.