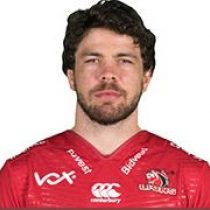 Warren Whiteley has consistently performed at the highest level for the Lions for a number of seasons and in 2015 he led his team to one of their most successful seasons to date.

He has one of the highest work rates in Super Rugby and completed the most tackles in the 2015 Super Rugby season. Besides his leadership and work-rate abilities, Warren is a superb lineout jumper and also has a surprising turn of speed which allows him to keep up with most backline players.

He made his Springbok debut in 2014 against Australia but has since failed to show the form that earned him the selection to the national side. He was selected as part of the extended squad for the 2015 Rugby Championship.

After almost half of his 2016 season was plastered with injuries and fitness concerns, Whiteley passed the fitness test in August and lead the Lions against Hurricanes for the Super Rugby final.

Whiteley was named the Springbok captain by head coach Allister Coetzee for the 2017 June internationals against France.

Ahead of the 2018 Super Rugby season, Whiteley has made 79 appearances for the Lions.

Whiteley's 2018 season was hindered by injury but the Springbok no.8 was still able to lead the Lions to their third Super Rugby Final in as many years featuring in 9 matches.

He was recalled to Springboks squad ahead of the 2018 Rugby Championship.

Whiteley heads into the 2018 Rugby Championship with 17 test caps.