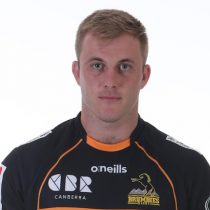 A powerhouse back rower is another in the long line of excellent openside flankers in Australia. Will Miller played out his junior rugby days at the Shoalhaven rugby club on the south coast of New South Wales.

Miller attended Illawara Grammar School in Years 7-10, finishing off his schoolboy rugby as at Scots College. A stint with GPS 1’s, another with the Combined States and finally with NSW Schoolboys earned Miller selection in the Australian Sevens team that won bronze at the Junior Commonwealth Games.

Willer signed with the Melbourne Rebels and in 2017 he made his Super Rugby debut against the Sharks all 80 minutes in the 9–9 draw. Off the training paddock, Miller, a seventh-generation dairy farmer, spends his time toiling away at his family’s property in Berry on the NSW south coast.

A dynamic back-row forward, Miller is brilliant at the ruck, a classic Openside but still has the ability to carry and link the backs and the forwards.

Miller spent just one season with the Rebels before moving back to his home state signing a one-year deal with the Waratahs in 2018. Starting his first game at openside for the Tahs, Miller scored a try and executed a steal at the death to secure a valuable win over the Australian conference leaders' closest challenger the Melbourne Rebels and started several games at blindside flanker alongside Hooper.

During his time with the Tahs, Miller secured 29 caps, building on his five from the Melbourne Rebels but with Wallabies skipper Michael Hooper holding a long-term tenancy on the NSW no.7, Miller jumped at the chance to move to Canberra signing with the Brumbies on a two year deal in 2019.

At the time, Miller was signed to replace David Pocock in the side and kicked off his debut season with the Canberra side seeing him feature in all 6 of the Brumbies opening games before the season was brought to a halt.