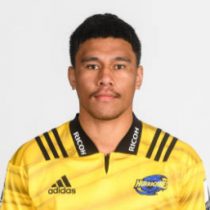 A former New Zealand Schools and Under-20 representative, Numia was a schoolboy star out of St Pat's Town.

A winner of the College Sport Wellington Rugby Player of the Year, Numia made his provincial debut for the Wellington Lions in 2018 and was awarded the Rookie of the Year title.

He made his Hurricanes debut against the Waratahs in Sydney on the 16th February 2019.

Numia was named for the Hurricanes squad ahead of the 2020 Super Rugby season has obtained 9 caps. He will be looking to add to this total.

He heads into the 2020 Mitre 10 Cup having made 19 appearances for the Wellington Lions and has scored 10 points.