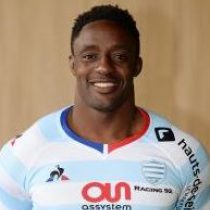 After showing tremendous promise as an agile back row with AS Beziers Nyanga was called up to the international scene and made his debut for France in 2004 against the U.S.A. After Beziers moved to D2, Nyanga was picked up by Toulouse.

He became somewhat of a legend in Toulouse, winning a Heineken cup and a number of league titles before moving to Racing Metro for the 2015/16 season. Nyanga played a vital role in France securing the Six Nations in 2006 and was widely considered one of the top back rowers in international rugby at the time.

He was named in the 2007 Rugby World Cup squad for France, but following the competition fell out of favor before succumbing to a number of injuries. Going back to Toulouse, the explosive flanker eventually worked his way back into international contention, and was rewarded with a place in the French squad for the 2015 Rugby World cup.

He was a regular for Racing 92 as they made their way to the 2017/18 Champions Cup final as well as to a Top 14 playoff in the same season.

Following the conclusion of the 2017/18 season, Nyanga confirmed his retirement from his playing career and took up a new role as the club's new Director of Sport.