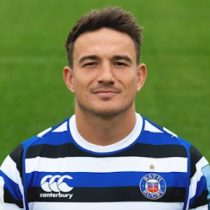 Davies rugby career has been one of abundance, he joined London Welsh in 2011 and twice helped them secure promotion to the Aviva Premiership, his points tally for the Exiles was 572 in 77 appearances.

He moved to Ealing Trailfinders ahead of the 2015/16 season and then onto Yorkshire Carnegie for the 2016/17 season.

In April 2018, Davies signed a deal with Bath Rugby.