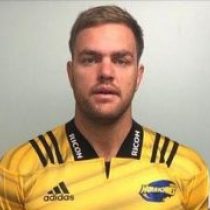 Schooled in the Eastern Cape and making South African Schools in 2008, Ferreira was contracted to the Blue Bulls where he played U19, U21, and Vodacom Cup rugby. He picked up by the Cheetahs in 2012, the powerhouse lock made his Super Rugby and Currie Cup debuts in the same year for the Bloemfontein outfit.

He made an appearance on loan at the Griffons during the 2013 Currie Cup First Division before a shoulder injury ruled him out for the rest of the season.

He returned to Super Rugby action during the 2014 Super Rugby season, making six appearances – only two of those being starts.

It was then announced that Ferreira would join Italian Pro12 side Zebre for the 2014–15 Pro12 season. He played in eight matches for Zebre – six in the Pro12 and a further two appearances in the 2014–15 European Rugby Challenge Cup – but his contract was canceled by mutual consent on 31 December 2014.

He returned to South Africa and signed a two-year contract with Johannesburg-based side the Golden Lions.

After the 2015 Super Rugby season, Ferreira joined Japanese Top League side Toyota Industries Shuttles for the 2015–16 season, before being made a medical joker for Top 14 side Toulon for their 2016/17 side, replacing injured Juan Smith.

Ferreira returned to the Lions following his brief stint with French side Toulon and in 2019 he announced a move to the Hurricanes for the remainder of the Super Rugby season.

Ferreira failed a medical and was unable to represent the Hurricanes and returned to South Africa and signed for the Bulls.