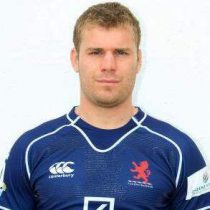 James Hallum, a loosehead prop, signed with Newcastle Falcons in teh 2012/13 season. This was the year after his studies were completed at Durham University.

His dual registration with the Falcons and Blaydon ended when he put pen to paper for London Welsh in 2016.

James Hallam is the latest player to arrive at Ealing Trailfinders after he signed on with the Vallis Way outfit. He will go straight into the squad that starts pre-season for the 2017-18 Greene King IPA Championship season.

The loose-head prop has spent the last three months of the season playing for Bedford Blues, who he joined following the collapse of London Welsh last December.