The desire to ease the pressure closer to the semi-final stages of the Currie Cup will be a big driving force for the teams taking the field in round three of the competition this weekend.


With four pool rounds remaining after this weekend, six of the seven teams have a realistic shot of making it into the top four if a few results go their way, meaning every game will count in the race to the playoffs.


Western Province and the Phakisa Pumas will get the action underway on Friday at 19h00 (SA Time) in Cape Town in a match that is important for both teams. The action continues on Saturday at 16h30 (SA Time) when the Cheetahs host the Lions in their first Currie Cup home match of the season in Bloemfontein – which happens to be a repeat of last year’s final – and the Sharks and Bulls will wrap things up in a table-topping clash in Durban at 19h00 (SA Time). The Griquas, meanwhile, will enjoy their bye as all the action plays out live on SuperSport and Sky Sports. 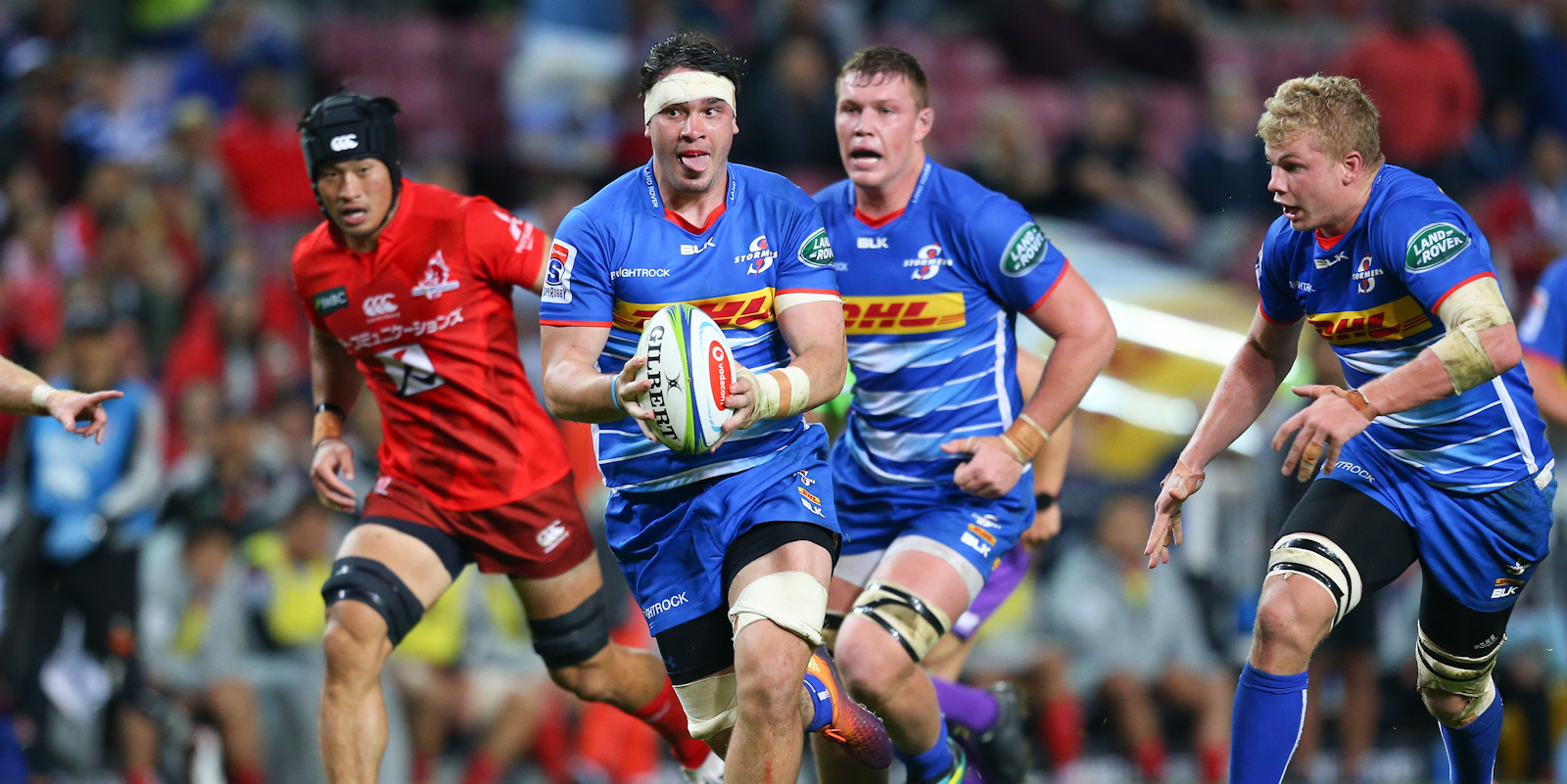 Western Province will be determined to record a double over the Phakisa Pumas this season and maintain their long-standing winning run against the Lowvelders’ in Cape Town, but they will be wary of the visitors who have nothing to lose.

The Capetonians have only suffered two defeats against the Mpumalanga side in the Carling Currie Cup since 1997, with their last home defeat against them being in 1999.

However, memories of a last-gasp try three minutes before the final hooter to win the Vodacom Super Rugby Unlocked match between the sides in October combined with the fact that a victory for the Phakisa Pumas could improve their Semi-final hopes means the hosts will be prepared for an arm-wrestle.

Western Province head coach John Dobson made seven changes to his side, with injuries to Seabelo Senatla, Ruhan Nel and Juarno Augustus seeing Tristan Leyds, Michal Haznar and Jaco Coetzee make their first starts in the blue and white hoops this season.

“It is a short week for us and we can't wait to get out there at DHL Newlands and put together an 80-minute performance,” said Dobson. “We are looking forward to seeing what the players coming in can add as we target an accurate display on Friday.”

In the Pumas camp Tiaan Botes will make his team debut, while Japie Kleinhans is in line to make his competition debut if he takes the field. The inclusion of Botes in a new halfback pairing with Chriswill September are among five changes to the team.

The other three changes include a positional switch in the pack, with Darrien Landsberg moving from lock to flanker as regular captain Pieter Jansen van Vuren returns from injury, while Morgan Naude (prop) takes over from Dewald Maritz, and the experienced Ruwellyn Isbell replaces Etienne Taljaard on the left-wing.

Big catfight to play out in Bloemfontein 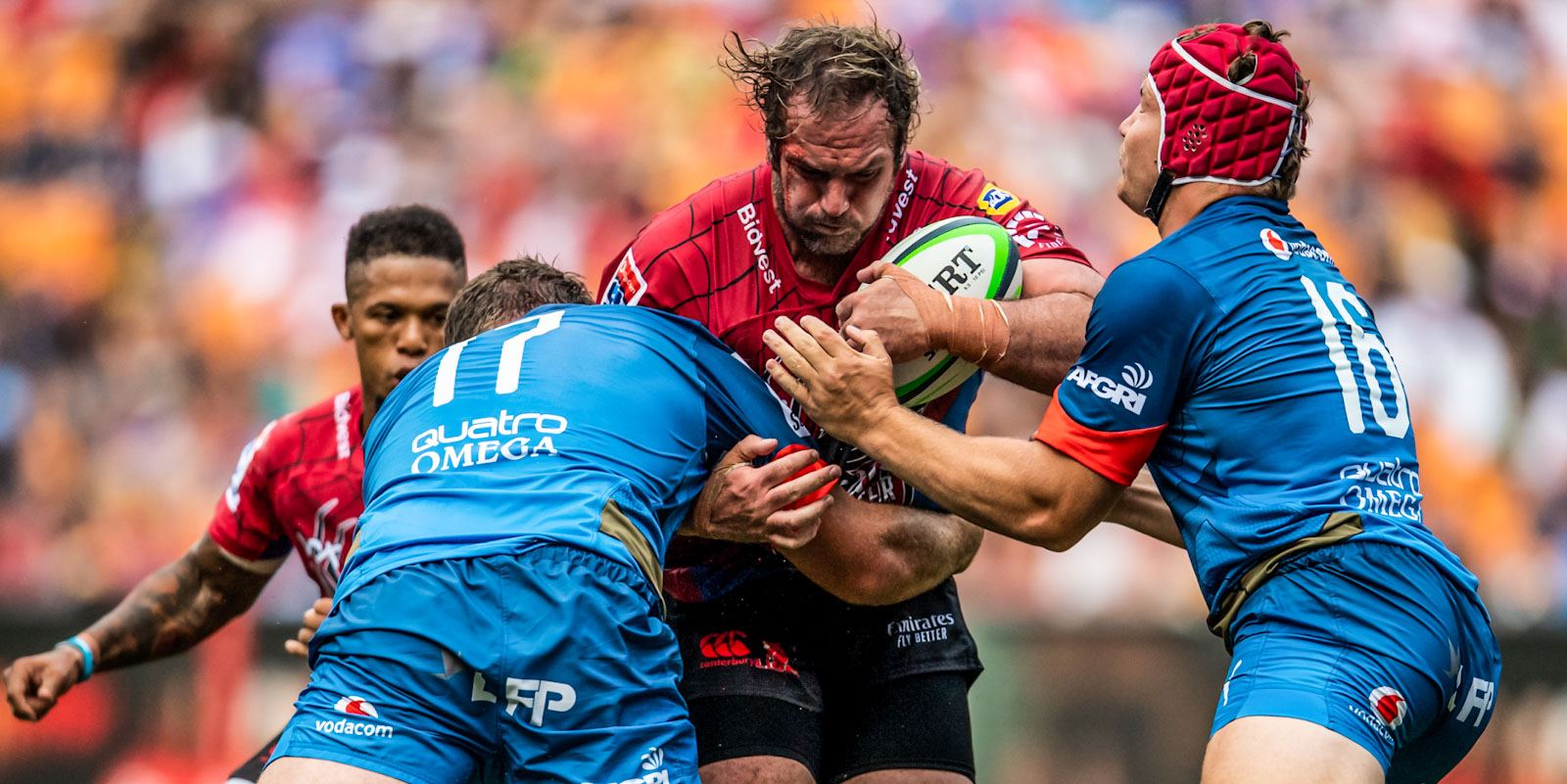 There will be no love lost on Saturday when the Toyota Cheetahs host the Xerox Lions in a repeat of the 2019 Carling Currie Cup final in what marks the teams’ first match-up this season after their Vodacom Super Unlocked game was cancelled.

The narrow three-point lead the Johannesburgers hold over the fifth-placed Free Staters on the log is also expected to spice things up.

While a win for the Lions could see them leap into second or third place on the standings depending on the outcomes of the other matches, a defeat could see the Toyota Cheetahs vault into the top four at their expense.


The Cheetahs have won four of the last five matches between the sides in the competition in Bloemfontein, but with no more than three points separating the teams on the scoreboard in their last two games, both sides will brace themselves for a big battle.

Cheetahs head coach Hawies Fourie made five changes to his starting team – three in the backline and two up front – with William Small-Smith and Malcolm Jaer named as the new wings, while the experienced Tian Schoeman takes over from Reinhardt Fortuin at flyhalf.

The changes to the forward pack were at hooker, where Jacques du Toit comes in for Reinach Venter, and at flank, where Aidon Davis takes over from Victor Sekekete.

Lions head coach Ivan van Rooyen made three changes to his starting team - one of which was enforced - as Dan Kriel replaces the injured Burger Odendaal (calf) at inside centre.

The other two were rotational switches, with André Warner replacing Ross Cronje at scrumhalf, while the experienced Jannie du Plessis is back in the mix and takes over from Ruan Dreyer at tighthead prop.

The Vodacom Bulls will go flat-out to continue the impressive form that has earned them seven victories in eight matches this season as they look to end their five-year Carling Currie Cup losing streak against the Cell C Sharks on Saturday in Durban.

They will, however, be careful to underestimate the Durbanites, who are currently in second position on the table after racking up five victories in seven matches, and who will be well aware that a defeat could see them drop down the standings and place them under pressure with only a few pool games remaining.

Two Rugby World Cup-winning Springboks, Lukhanyo Am and Sbu Nkosi, have been named in the Sharks’ backline, with Am – who has been out of action for a few weeks due to injury – taking over the No 13 jersey and the captaincy from Jeremy Ward.

Nkosi will start at right wing, with Yaw Penxe moving across to the left, and upfront Daniel Jooste takes over from Kerron van Vuuren in a rotational switch at hooker, while the experienced duo of Henco Venter and Sikhumbuzo Notshe are both back in the loose trio.

“As always with the Bulls, we feel that we really need to up our game because you have to give them credit for the great rugby they’ve been playing and it shows,” said Du Toit.

“We know we need to deliver our best performance if we want to beat these guys, that’s going to be vital. It’s an absolutely massive game for us this weekend, one we’re very excited about.”

Former Junior Springbok speedster Marnus Potgieter will earn his first Currie Cup start when he runs out at right wing for the Bulls in one of a handful of changes to Director of Rugby, Jake White’s team.

With Potgieter starting in the No 14 jersey, David Kriel and Kurt-Lee Arendse revert back to fullback and left wing respectively, while Ivan van Zyl is back at scrumhalf.

The changes to the forwards see Ruan Nortje return at lock and Jacques van Rooyen at loosehead prop after serving his one week ban for a red card, while Trevor Nyakane is on the other side of the front row.

“The Sharks have been the in-form team from earlier this year and will be looking to get one over us,” said White.

“Durban is never an easy place to play and coupled with the humidity our job becomes that much harder. However, we are confident in our style of play and we know exactly what we need to do come Saturday.”