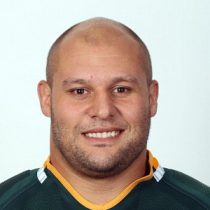 The experienced prop, who has the ability to play both sides of the scrum, formed a vital part of the World Cup-winning Springbok team in 2007 where he starred as an impact player. Since then he has played for a number of different teams and continues to churn out consistent performances at the highest level. Built his reputation as a mobile ball-carrier and has developed into one of the most wily-scrummagers around.

Following his retirement, van der Linde joined Jake White's coaching staff at Montpellier where he worked with the former Springbok coach until he ended his stint with the French club in 2017.

In July 2017 van der Linde returned to his home country and took up a coaching role with Nelspruit based side Pumas.