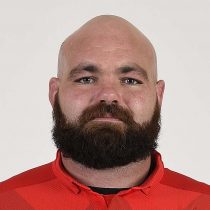 Van Wyk played at the 2008 Under–16 Grant Khomo Week and the Under–18 Craven Week for the Limpopo Blue Bulls before joining their parent club, the Blue Bulls.

In 2013, he signed a contract extension to keep him at the Blue Bulls until 2015. He joined Japanese Top Kyūshū League side Munakata Sanix Blues before the 2015–16 season.

He returned to the Bulls during the 2016 Super Rugby season, signing a contract until May 2016.

From 2016 to 2020, Van Wyk turned out for Manukata Sanix Blues in the Japanese Top League. Then, in February 2021, the tighthead signed for NTT Docomo Red Hurricanes.