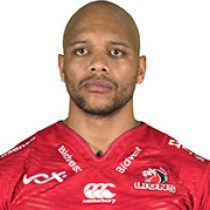 Lionel Mapoe is in the TRC Springbok squad for 2015 and has a real change to go to World Cup 2015 after some stellar performances for the Lions in the 2015 Super Rugby edition. Mapoe played for the SA under 20 team and the SA Sevens team.

The 27-year-old gleaned leadership experience during the Currie Cup tournament while regular captain Warren Whiteley was away on tour with the Springboks.

He then became part of the Cheetahs' squad in 2010, playing the first of his Super Rugby matches against the Bulls in the opening round of that season and since had a year in Pretoria (2013) before returning to the Lions.

The centre moved to the Lions in 2011 and played for the Bulls in Super Rugby in 2013 on loan from the Lions when the Lions were relegated for that year.

But during the 2016 year, he has showed some magnificent performances for the Lions in the outside center position and that also helped the Lions have their best season.

Lionel possesses quick feet and silky hands, he is very deceptive on full speed and he has speed to burn.

Mapoe ended the 2016 Super Rugby season with 61 caps and 20 tries to his name. He made his international debut against New Zealand in 2015 and has made a further 10 appearance for his country.

He heads into the 2018 Super Rugby season with 94 caps to his name, with 135 points scored since his debut.

Mapoe featured in 16 of the Lions 19 Super Rugby matches scoring 3 tries as he helped the Lions to their third Super Rugby Final.

His efforts with the Johannesburg based side led to him being recalled to the Springbok squad ahead of the Rugby Championship.

Mapoe heads into the 2018 Rugby Championship with 12 test caps.