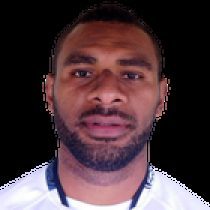 From humble beginnings with local sevens team Natabua, Jasa Veremalua has come along way to join the international sevens circuit.

The imposing centre has a powerful running style which will trouble even the toughest of defences.

In March 2013, Jasa was offered a contract by Stade Toulousain to play in the Top 14 competition but due to an injury, the offer was taken back.

He was also instrumental in helping Fiji win their 2nd title in a row after Fiji took out the 2015/16 World Rugby Sevens Series during the 2016 London Sevens by reaching the cup quarterfinals.

Jasa was named in the squad to the 2016 Summer Olympics.