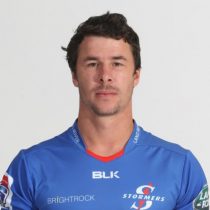 Born in PE, Nel was schooled in Benoni where he went on to play age group rugby for the Pumas before signing for the Lions.

In 2012 he joined the South African 7's Squad and has been an integral part of the team earning 2 World Series Titles and an Olympic Medal in Rio. The hard working and tough midfielder spent some time at Griquas before signing a deal with Western Province for the Currie Cup. He was part of the Stormers extended training squad ahead of the 2018 Super Rugby season.

In September 2018 his hard work was rewarded by Rassie Erasmus when he was called into the Springbok squad ahead of the last 2 Rugby Championship games against Australia and New Zealand.