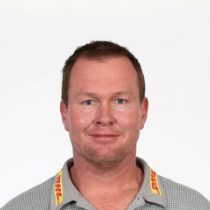 Featuring mainly as a no.8, Russell Winter enjoyed a playing the career that saw him turn out for the Lions, Sharks, Cats and Newcastle Falcons as well as a stint with the South African Sevens side.

Winter left the Lions at the end of 2006 Super Rugby season to join English Premiership side Newcastle Falcons. He made 50 appearances for the side before leaving at the end of the 2009 season.

Following his retirement, Winter moved into coaching to as he returned to Johannesburg to take up a coaching role at the Golden Lions, where he was in charge of the Golden Lions U21s and their Vodacom Cup side between 2011 and 2015. After the 2015 season, it was announced that he would become the forwards coach of Western Province and the Stormers.

In 2020, Winter made the move to the Bulls to take over as the side's forwards' coach under Jake White.