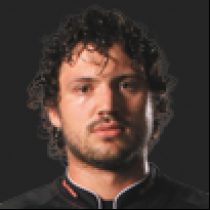 The rangy Springbok No.8 is recognised as one of the best athletes in the game, with speed and power in equal measure and is back with the Sharks after a short stint in Japan. He can be a devastating attacking force as a dynamic ball-carrier and also provides an important option at the back of the line-out.

Kankowski joined the Lions ahead of the 2017 domestic season, where he has amassed 471 minutes of game time.

In September 2017, the Lions agreed to release the 31-year-old to join the NTT Docomo Red Hurricanes in Japan with immediate effect, with the Lions giving him the option of a contract for the 2018 Super Rugby season.