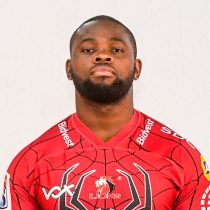 After doing the hard yards at the Stormers and Kings, he got his big break at the Lions and has become a regular in the 23-man line-ups, both in Super Rugby and Currie Cup.

Sithole made the move from KwaZulu-Natal to the Western Cape and signed for the Western Province, making thirteen appearances as he helped U19 side win the 2012 Under-19 Provincial Championship.

2013 saw him jet off to France as part of the South African U19 side for the IRB Junior World Championship. His senior debut was with the Western Province during the 2014 Vodacom Cup, helping the side to a big win.

After spending most of 2016 on loan with the Southern Kings, Sithole signed for the Golden Lions for 2017.

Since making the switch he has taken his Super Rugby cap tally to 24.

In February 2021, he signed a new two-year deal with the Lions.