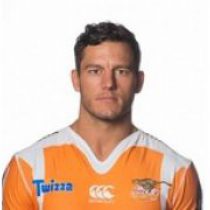 Venter is a product of Afrikaanse Hoer Seunskool who started out his career as a full-back, center, wing and scrumhalf.He made more than a hundred appearances between 2007 and 2013 for the Pumas after representing their u/19 and u/21 teams.He made his Super Rugby debut with the Kings in 2013 with a 22-10 victory against the Force.
He featured in all sixteen fixtures for the Kings that season with 13 starts and 3 appearances off the bench. After a short-term loan at the Kings, he signed with the Cheetahs for the 2014 Super Rugby season.