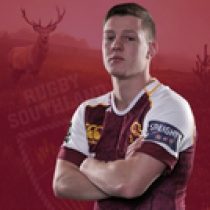 Howley agreed a deal with the Jersey Reds until May 2020, and hails from Invercargill in the South Island of New Zealand but is English-qualified through his Mother's birth in Hayes, Middlesex; his former clubs include Southland Stags and Southern RFC, and he was part of the development squad for Super Rugby side the Highlanders.

He appeared for the Highlanders in an exhibition match against Racing 92 in Hong Kong in 2016, played for New Zealand Barbarians Schools and was a triallist for New Zealand Under 20.