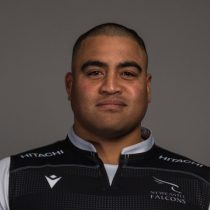 Rodney Ah You was born in New Zealand and currently plays for Irish club Ulster.

His favoured position is prop, he can play both tighthead and loose head. He has represented New Zealand at U-18 and U-20 level. Ah You joined Connacht in October 2010, replacing former England International Robbie Morris in the squad.

After spending 3 years in the country Ah You earned Irish citizenship and made his debut for Ireland when he came on against Argentina in June 2014.

He joined Ulster from Connacht having won the Junior World Championship with New Zealand in 2008.

The former Ireland international has 126 Pro 14 appearances to his name and a further 31 in Europe.

In November 2018 he signed a deal with Newcastle Falcons and joins the club with immediate effect.