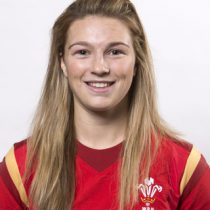 Keira took up rugby in January 2014, representing Wales in Sevens at both Under 18 level in Sweden and at senior level in Dubai where Wales won the Women's Invitational event.

With her impressive rapid growth in the game, she was named in the Wales Women squad for the 2017 Six Nations tournament.

Having gained her Wales debut against England in 2015, Keira's performances cemented her spot in the 2019 Six Nations tournament.

She was named in the squad that would compete at the 2020 Six Nations. Bevan looked to add to her 21 caps at the tournament before it was brought to a halt by COVID-19.

In June 2020, she Bevan signed a new deal with Bristol Bears Women, having been with the side for 7 seasons.