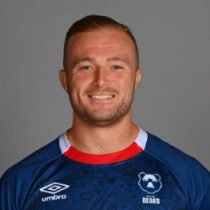 Holmes made his senior debut for Exeter Chiefs in the LV Cup against the Cardiff Blues in 2015. He also spent time on loan with Cornish All Blacks and Plymouth Albion.

Holmes was a standout performer in Bristol's final two games of the 2017/18 season and agreed a two-year deal.