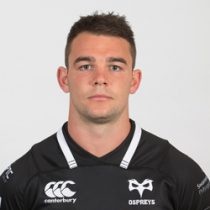 The 23-year-old came through the development pathway at the region via Bridgend Athletic, Bridgend Ravens and eventually the Ospreys age-grade sides.

After making his debut for the region as a teenager, Habberfield has now made 67 appearances for the Ospreys, scoring three tries.

Ospreys scrum-half Habberfield signed a new three-year contract with the region, keeping him at the Liberty Stadium until 2019.