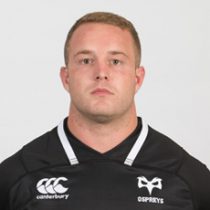 A former Wales U18 cap, Jenkins played alongside the likes of Lloyd Ashley, Dan Baker, Ben John, Rhodri Jones and Eli Walker for the national side while involved in the Scarlets age-grade squad, before moving to the Talbot Athletic Ground as a 19-year old.

He has combined his career in the Principality Premiership with a full-time job as a prison officer, taking a career break to allow him to pursue this opportunity with the Ospreys. The Aberavon loose-head signed a development contract with the Ospreys in September 2016, making his debut in November 2017.